Join us for this recorded Online Meeting via Zoom from March 20, 2018 with Lakeland Mayor, Bill Mutz. These meetings are designed to be interactive, providing attendees the opportunity to learn from our speakers, and engage and connect with the important issues facing their businesses today. This event will replace our regularly scheduled breakfast, to enable more people to attend and participate in this online meeting.

Mayor Mutz will share his vision for Lakeland, and share his plans for bringing out the best in its citizens. Attendees will have the opportunity to ask questions, and provide our mayor with feedback to help him lead Lakeland forward. Don’t miss this exclusive opportunity to connect with the Mayor and hear his perspectives on the issues facing local businesses, and the economy in our community.

H. William “Bill” Mutz was born in Indianapolis, IN and graduated from Indiana University in 1976 with a BS in Finance and Marketing. He later moved to Lakeland, FL in 1996 where he became President of the Lakeland Automall. In 2012, Bill left the Lakeland Automall and took on the role of Managing Partner for both Greenstar Panels & Greenovative Homes. Then, in 2014, Bill became a Senior Consultant for Claridge Associates, where he remains today.

Mayor Mutz and his wife, Pam Gaiser Mutz, of Denver, CO, have been married for over 40 years and are parents of 12 children—seven boys and five girls: Cari, Jonathan, Jacob, Lori, Ozzie, Kelli, Michael, Eric, Mark, Kirsti, Stephen & Emma—ranging in age from 39 to 18 years old! Bill and Pam are also Grandparents of 19 grandchildren.

Bill & Pam speak nationally for FamilyLife WTR Marriage Conferences and are members of the First Baptist Church of the Mall, Lakeland, for 20 years, where they have taught Sunday School and Bill has served as Executive Committee Co-Chair & Personnel Committee Chairman.  Bill is also a founding member of Grace City Church, Lakeland, FL and serves on Church Council. 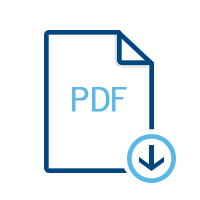